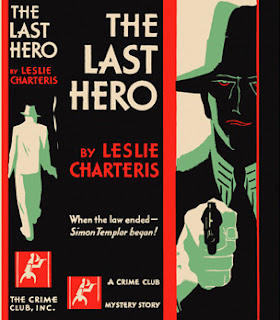 
Mar 27: Please check back. Currently reading, I fill in this post as I go along. RM

Synopsis: Simon Templar and Patricia Holm are out driving one night, and their attention is drawn to flashes of light from an isolated house. They investigate to find Professor K. B. Vargan demonstrating his new invention,  a death ray, to some government officials. Simon is concerned that once the military has it, war is inevitable; so plans to destroy it. Meanwhile evil Dr. Rayt Marius has decided to grab it for his own purposes. The action quickly comes to a standoff: The Saint is holding Professor Vargan, and Rayt Marius is holding Patricia Holm; and neither one will back down.

Review: An early Charteris thriller, with an edgier, more violent Saint than in later writings. Many of the Saint quotations come from this book. I enjoyed when Charteris waxes poetical about Patricia Holm, and also the Hirondel!  A good insight into the mood of Britain in the runup to World War II.